Daniel “Dan” L. Haeuser is President and CEO of Coastal Cargo Company LLC., a stevedoring and terminal operation located in the Port of New Orleans. Coastal Cargo services include the handling and storage of general cargo, project cargo, bulk and breakbulk commodities. In addition to Coastal Cargo, Dan oversees various real estate companies comprised of 72 properties within the metropolitan area.

Dan began his career in 1973 working in the industrial and commercial real estate industry alongside his father and professional mentor, Louis D. Haeuser. By the early 1980’s, he managed several of his own construction companies, supervising jobsites and operating his own equipment. His experience and appreciation of machine functionality inspired his interest in the port industry, and by 1987 he became the Chairman and CEO of Coastal Cargo Company, Inc. In that same year, Coastal Cargo became the first non-traditional stevedoring company to have a permanent operation at a port authority wharf on the Mississippi River.

In the beginning, Coastal Cargo’s primary service revolved around the handling and storing of coffee. Dan saw the demand and need to diversify his cargo base inside the port. To facilitate this expansion into new markets, he began investing heavily in equipment by purchasing forklifts, top loaders, crawler cranes, and a floating crane known as the Captain Jim. By early 1990’s Coastal Cargo had expanded its operations to several key ports throughout the Gulf South. In 1995, Coastal Cargo operated the Louisiana Avenue Complex, which over the years, extended to include the Louisiana Avenue Street Wharf, Seventh Street Wharf, and Harmony Street Wharf. It has consistently remained the largest general cargo and breakbulk facility in the Port of New Orleans. By 2014, Coastal Cargo officially became an LLC and Dan continues to remain actively involved as its President and CEO. In addition to his stevedoring business, he took control of the family real estate holdings following the passing his father in 2008. He continues to maintain his father’s legacy through his supervision over all properties and real estate companies.

Dan is a life-long New Orleanian, a graduate of Metairie Park Country Day School in New Orleans and Centenary College in Shreveport. He is an active member and contributor to St. Paul’s Episcopal Church, as well as, a philanthropist for several local charities and churches. Dan was a past member of the Young Presidents Organization and one of the founding board members of the Coastal Conservation Association (CCA), formerly known as the Gulf Coast Conservation Association (GCCA). He currently serves on the board of the Metropolitan Crime Commission, the New Orleans Big Game Fishing Club, and the International Woods Product Association and is a current member of the New Orleans Board of Trade, the New Orleans Propeller Club and The World Trade Center.

Dan has been married to his college sweetheart, Melinda Haeuser, for over 40 years. He has a son and a daughter, both currently working alongside their father at Coastal Cargo. Dan and Melinda reside in New Orleans Lakeshore area.

Back to Senior Management Page 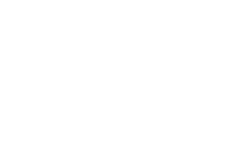